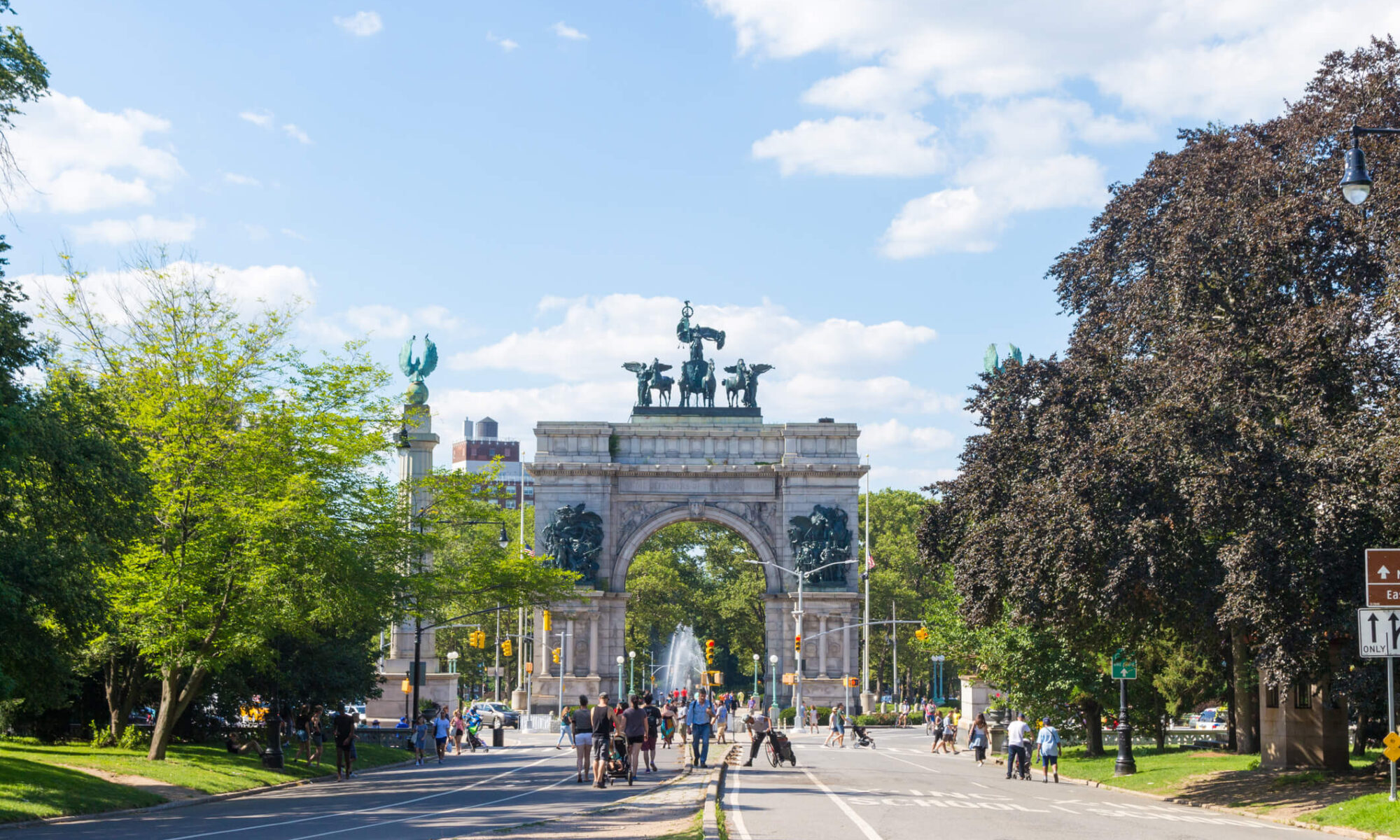 Prospect Park is an urban park that was established between 1867 – 1873 however the park itself was actually proposed 8 years prior in 1859 by Frederick Law Olmsted and Calvert Vaux. Interestingly enough both Olmsted and Vaux where the same people who also helped design NYC most famous park, Central Park itself. Throughout the next decade and a half the park under went numerous redesigns and refurbishments in order to both modernize the park and clean it up. redesigns included the addition of the Prospect Park Zoo, a picnic house, a concert grove, The Boathouse, and even the Litchfield Villa. The Prospect Park also host constant outdoor Concerts and Parades during the summer. The new modernization of the park also added new facilities such as basketball courts, baseball fields, soccer fields, The Prospect Park Tennis Center, and even an ice skating ring for winter.

Prospect Park has an area of 526 acres in central Brooklyn and consists of waterways, ravines, lakes, and watercourses. The waterways in Prospect Park are actually apart of a singular man made watercourse that leads throughout the park. The watercourse makes use of the preexisting ponds and the lowland out-wash plains in order to make a drainage around the waterway itself. The waterway is also lined with vegetation around the borders that absorb precipitation and help water flow. interestingly enough, two thirds of the lake evaporates annually, however the water is restored throughout the rainy season.

The Prospect Park Lake is artificial and covers about 60 acres of the park itself. The lake itself holds over 20 different species of fish and even several different islands inside the lake. visitors are also allowed to kayak and use pedal boats in the lake and sometimes even fish, however the lake does hold a catch and release policy. Prospect Park also has 146 acres of Ravines and a long meadow that goes down the western side of Prospect Park.

Prospect Park is also filled with landmarks and structures that scattered around the land. The entrance to Prospect Park is one of these major landmarks, two columns outside the entrance of Bartel-Pritchard Square. Grand Army Plaza also contains The Soldiers’ and The Sailors’ Arch, a large arch that is located on an oval in the middle of the park. The park also holds many monuments and statues, such as the Mozart Monument, a bronze statue of Abraham Lincoln, Dongan Oak monument, and many more scattered around the park.

Prospect Park may not be as big or as famous as Central Park but that does not mean that it does not have its own visual spectacles or entertainment opportunities. The natural landscapes in the park combined with the monuments and man made structures make it a sight to see for any visitors who wish to be blown away by the marvelous beauty of the park. Visitors who prefer to take a more active role when it comes to entertainment can attend any one of the parades and concerts held at the park or even bring friends to some of the soccer fields or basketball courts in order to stay on the active side. Overall Prospect Park is a perfect place for any visitor who wants to experience what Brooklyn has to offer, and luckily for you My Destiny Limo can take you there today!